It's risky to use retirement capital to start a business 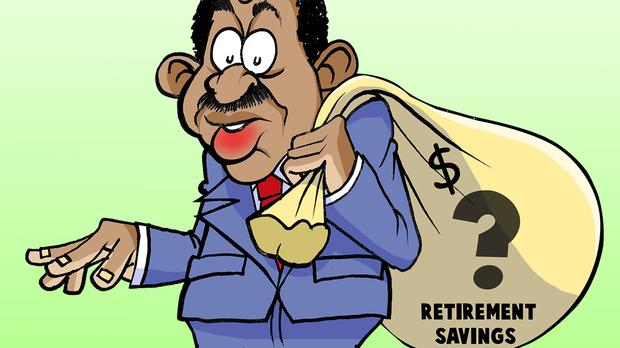 This article was first published in the second quarter 2017 edition of Personal Finance magazine.

There are essentially two types of people who would consider using their retirement savings to start or buy a small business: youngish people with an entrepreneurial spirit who want to escape the corporate world, perhaps with an innovative idea on which to base an enterprise; and older people who are approaching or at retirement age, who do not have enough savings to sustain them in retirement and need a source of income.

For the former, the risks are relatively small; for the latter, the risks are huge. Put another way, the longer you have been saving and the more of those savings you plough into a business, the higher the chances of your spending your final years in penury. Two past winners of the prestigious Financial Planner of the Year Award, both with the Certified Financial Planner accreditation­ — Wouter Fourie, director of Ascor Independent Wealth Managers in Pretoria, and Natasja Hart, a wealth manager at GCI Wealth in Johannesburg — say they have few, if any, examples of clients on their books who, on approaching or reaching retirement age, put a large amount of their savings into starting or buying a business and made a success of it.

“It’s a double whammy,” Hart says. “You need to generate enough from your business both to give you an income and to replace the savings you have lost. Plus you lose out on compounding, of which you had the benefit when building up your savings over many years.” She says none of her clients in this position ever fully recovered financially. “The trouble,” Fourie says, “is that you exchange employment for employment.” In fact, you are replacing a job in which you have built up expertise over many years with a different kind of employment in which you have no experience, which is likely to involve long hours and high stress levels. Often, people in this situation find themselves working harder in retirement than when they were employed, he says.

It’s a well-known fact that a high proportion of small businesses fail, and of those that become successful, many don’t start becoming profitable until they have been in operation for one, two or even three years. People using the savings they have accumulated during their years of employment don’t have the luxury of waiting this long, Fourie says; they must start turning a profit within the first few months.

If you are thinking of buying an existing business, you must be very careful, he says, because most people selling their businesses are doing so because the business is not making money. If you are buying a franchise — an Ocean Basket or Nando’s, for example — don’t make the mistake of thinking that, because the franchise brand is successful, your particular operation will automatically be successful too. This is often not the case, Fourie says. The franchise operation of a client of his failed because it was in the wrong location.

Hart makes the point that if the decision to start a business has been forced on you — for example, because you were retrenched or forced into early retirement  — the risks are far higher. It is not as if you have been entrepreneurial during your life; you have been in a steady, regular job and become used to a steady, regular income. To move suddenly into operating your own business, with no experience, taking your savings, is very risky, she says.

Fourie concurs: “Not all of us are born entrepreneurs.”

There are also the risks associated with age. “From 65 onwards, there is the challenge of health. You are likely to have more health issues, and one’s energy levels are not the same as a person in his 30s,” Fourie says. And at this point in your life, the options of starting over or returning to full-time employment are not open to you.  Hart advises that, before taking risks with your retirement savings, you should look at your lifestyle. You may have to make some hard decisions about lowering your standard of living. Fourie identifies the root cause as people not making enough provision for their retirement. By starting a business in retirement, you are trying to remedy a problem that has built up over the long term. “Throwing your retirement savings at the problem is not the answer,” he says.

How to minimise the risks

Both Fourie and Hart emphasise the necessity of preserving your savings as far as possible. If you must dip into them, Hart says, it’s important to review your situation after a few months.

•  Do something that requires minimal capital outlay. He says a good example of this is a consulting business. Instead of using your retirement savings to, say, buy a fish-and-chips shop, preserve your savings and do something that will supplement, rather than replace, your pension income.

•  You need to make it pay from the start, particularly if you have had to put in some capital. You cannot continue for months making a loss - your savings will be depleted very quickly.

•  It’s to your advantage to get the business up and running, or at least do most of the preparation, while you are still employed.

Among younger people leaving the corporate world to start off on their own, Fourie has seen a variety of results. The most successful, he says, were those who planned long and carefully before making the break and who gleaned as much advice as they could. It was often the people with a professional approach who did well, he says. The risks are lower for this type of business-starter, but there are risks nonetheless. You mustn’t forget, Fourie says, that it’s difficult to replicate a corporate salary when you go on your own; if you are earning R70 000 or R80 000 a month, you will find it very difficult to make that initially with a start-up.

Again, stay with what you know, if possible, Fourie says. If you have what you consider to be a great business idea, try to view it objectively and bounce it off people, he suggests. It might not be as great as you think.

You must consider the red tape that goes into registering a business. Besides this, there are regulations with which to comply, including black economic empowerment requirements, and you should have some knowledge of accounting, even if you employ an accountant.  Times are tough and competition can be fierce. If he looks at the success stories, Fourie says, it’s where people stuck to the basics and got those right.

Financial planner Natasja Hart has a client who, in 2007, at the age of 47, took a retrenchment package and started his own business. His retirement fund value when he left his employer was R1 million.

The client’s retrenchment package was a week’s pay for each year of his 12 years of service, or the equivalent of three months’ pay. He used the money to start his business, but, after a couple of months, he approached Hart about withdrawing his retirement savings, which she advised against. Nevertheless, he proceeded with the withdrawal. Assuming he paid tax of 25% on the withdrawal, he received only R750 000 in cash.

Hart says that after 10 years the business is still in existence, but it is generating sufficient income to cover only his living expenses, and the client has no additional retirement savings.